Holding your cell phone up to your ear.

Although the overall risk is still very low, research suggests that people who have spent the past decade or more frequently talking on their cell phones in the traditional way are more likely to develop brain tumors. John Walls, a spokesperson for industry trade group CTIA: The Wireless Association, points out that no major American health organization has said that wireless devices are a public health risk. (The World Health Organization, though, has expressed concern.) And texting or talking while driving–which boosts your chances of having a car wreck by a factor of four–poses a far bigger risk than the radiation may. But considering that you can get an earbud-type hands-free set for as little as five bucks, why not take the safest tack? “I think the data are strong enough that using a hands-free set with your cell makes a lot of sense,” says public health expert Ted Schettler, M.D., science director of the Science and Environmental Health Network.

That funky, chemical-y smell of new polyvinyl chloride (PVC) shower curtains comes from volatile organic compounds, which may be carcinogenic over time and can cause nausea and headaches in the short term, according to the Environmental Protection Agency. “I always recommend the good old-fashioned fabric curtains,” says preventive-medicine expert Suzanne Pham, M.D. Want something waterproof? Look for vinyl acetate, which is safer, she says.

Heat releases some of the chemical building blocks in plastic, sending them into whatever food or drink you’re warming up. One such chemical, bisphenol A (BPA), “can mimic the effects of estrogen in the body, potentially leading to issues like premature puberty and breast or testicular cancer,” says Pham. Even BPA-free plastics could release substances that can have negative effects, so it’s best to avoid microwaving any plastic container, says Jennifer Lowry, M.D., a medical toxicologist at Children’s Mercy Hospitals and Clinics in Kansas City, MO. All of our experts agree: Heat food or drink in glass or ceramic. 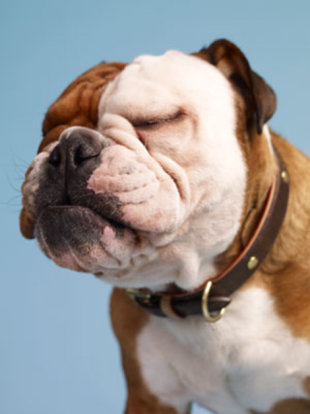 Adults who play with a cat or dog while it’s wearing a flea and tick collar are exposed to up to 500 times the Environmental Protection Agency’s safe level of pesticides, according to a first-of-its-kind study by scientists at the Natural Resources Defense Council. For children, the levels can be 1,000 times higher than what’s safe. The worst are collars containing chemicals called (get ready for a mouthful) propoxur or tetrachlorvinphos, which kill pests by disrupting their nerve pathways. Four out of five top-selling brands we shopped for contained one of these, so check labels. Luckily there are other effective pest-killing options. “Pills that pets take internally seem to be safer,” says Jerome Paulson, M.D., chair of the American Academy of Pediatrics council on environmental health. Two common brands are Capstar and Program, which you can get for between $20 and $60 online or from your vet. (For other–cheaper!–suggestions, go to greenpaws.org.)

Those little steam machines can be a life saver for parents with a stuffed-up kid who can’t sleep, but using them too often might make things worse. A study by the New York State Department of Health found that one of the biggest predictors of whether children developed asthma was the frequent use of a humidifier at home. “Too much moisture promotes mold and dust mite growth,” which could be a problem for the whole family, explains Morris Nejat, M.D., a pediatrician and allergist in New York City.

Triclosan is a germ killer found in a lot of antibacterial hand soaps, body washes, and even some brand-name cavity-control toothpastes. But the American Medical Association recommends against the use of triclosan in our homes, because it may encourage the development of scary bacteria that are resistant to antibiotics. “Studies have shown that these triclosan products don’t work any better than regular cleansers or toothpastes, but they damage the environment and potentially place our long-term health at risk,” says Susan Shaw, Ph.D., an environmental scientist at the State University of New York, Albany. Not sure whether triclosan lurks in your favorite products? Just check the labels.

You know those “backscatter” full-body X-ray machines at airport security gates? Europe banned them several months ago because of health concerns, but the machines are still in use in some airports in the States. The Transportation Security Administration (TSA) says the amount of radiation emitted by each scan is minuscule, but independent research suggests the dose to some parts of the body is at least 45 times higher than the TSA claims and may even increase cancer risk, particularly for the elderly and women predisposed to breast cancer. Since you’re already going to be exposed to radiation by flying, avoid the extra rays and ask for a pat-down, says John Sedat, Ph.D., a professor emeritus at the University of California, San Francisco. 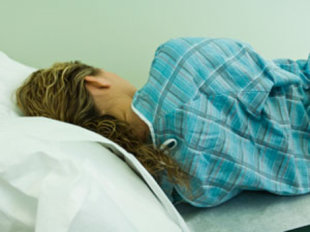 Celebs may swear by this kind of thing, but colonics and colon-cleansing pills could be dangerous, our experts said. The intestines are self-cleaning, so unless you’re getting a colonoscopy, there’s no reason to sweep the whole thing out, says gastroenterologist Lisa Ganjhu. The pills are poorly regulated and could make you laxative-dependent, she says; colonic enemas carry a risk of intestinal perforation, which requires surgery to fix. To keep your digestive system working smoothly, says Ganjhu, stay hydrated; eat lots of fruits, veggies, and whole grains; and exercise. If you regularly have gas or constipation, a probiotic supplement may help by adding more healthy bacteria to your gut.

Related: Should You Go Blonde?

Bisphenol A (BPA) isn’t only found in plastic–it’s also used to line the inside of cans to keep bacteria out. And according to tests conducted by the nonprofit Environmental Working Group, one of the foods that ends up most contaminated with BPA is canned liquid infant formula. (Powdered formula, on the other hand, contains almost no traces of BPA from its packaging.) If you must use liquid canned or bottled formula, make sure not to warm it up in its original container, the U.S. Department of Health and Human Services recommends.