UCSF led study in mice suggests that stem cells in the brain may not be able to develop into many different cell types.

Adult neural stem cells, which are commonly thought of as having the ability to develop into many type of brain cells, are in reality pre-programmed before birth to make very specific types of neurons, at least in mice, according to a study led by UC San Francisco researchers.

“This work fundamentally changes the way we think about stem cells,” said principal investigator Arturo Alvarez-Buylla, UCSF professor of neurological surgery, Heather and Melanie Muss Endowed Chair and a principal investigator in the UCSF Brain Tumor Research Center and the Eli and Edythe Broad Center of Regeneration Medicine and Stem Cell Research. “It may be unwelcome news for those who thought of adult neural stem cells as having a wide potential for neural repair. Instead, it looks as if that potential is narrowed down very early during embryonic development. It’s almost as if the embryo is planning for the future.”

The study was published on June 18 in Cell.

Adult stem cells are found in organ systems throughout the body. Most are undifferentiated, meaning they have the potential to develop into several different cell types for tissue growth and repair. Skin, for example, regenerates through the action of skin stem cells, while the cells lining the large and small intestine are continually derived from intestinal stem cells.

Most adult stem cells are also self-renewing. When a stem cell divides into two, one daughter cell remains as an undifferentiated stem cell, thereby preserving that cell’s potential for regeneration and repair.

“People have assumed that adult neural stem cells are similarly undifferentiated and self-renewing,” said Alvarez-Buylla, whose lab was the first to identify neural stem cells more than 20 years ago. “We did not see that.”

Moreover, they found that the precise type of neuron that each adult neural stem cell can later develop into is determined by its location on the ventricle wall. In turn, that location is fixed even earlier in embryonic development, as early as 11 days.

“So, in this study, we were met with a series of surprises,” Alvarez-Buylla said. “Rather than being continually self-renewing, these stem cells are produced at one time during development and then sit quietly until they are reactivated. And when they are reactivated, it turns out that their role in the brain has been partly already determined before birth.” 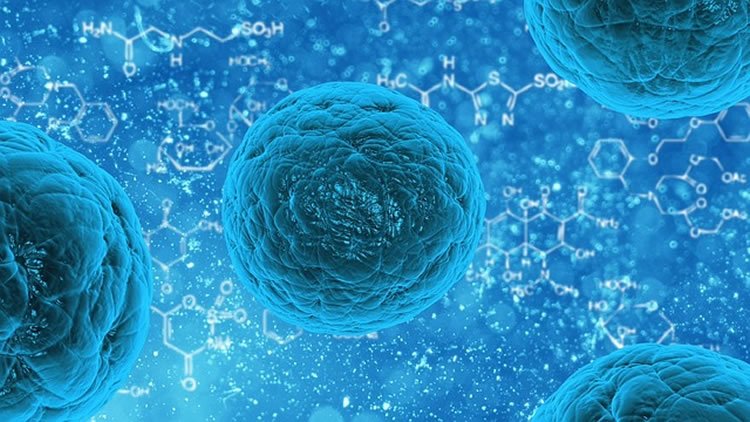 The researchers had another surprise, having to do with the relationship between embryonic stem cells and adult stem cells.

“This means that, somehow, these cells go through a period of neuron production for the embryonic brain and then switch to a different mode and produce cells that get set apart to become adult neural cell progenitors,” said Alvarez-Buylla. “What is incredible is that the neurons that are produced in the embryo are extremely different than the neurons produced for the adult. So somehow, these embryonic stem cells are switching modes and producing entirely new cell types. This finding has the potential to fundamentally change our picture of the relationship between embryonic and adult stem cells.”

Alvarez-Buylla cautioned that, as with any research study involving mice, the implications for human biology are indirect at best. “However, mouse brains have long been accepted as excellent basic research models for the human brain,” he said.

Alvarez-Buylla also noted that the paper has possible implications for the success of human stem cell therapy in the brain and nervous system.

“One implication for humans has to do with the fact that so many different progenitor cells are needed to make the different types of neurons,” he said. “While it is true that we are learning how to reprogram adult stem cells to make different types of neurons, this work tells us that if we don’t understand the embryology of the brain, going back to the origins of specific nerve cell types, the likelihood of our being able to use stem cell therapy to repair brain injury is very low.”

ABOUT THIS GENETICS RESEARCH

The lead author of the study is Luis C. Fuentealba, PhD, who was on the staff of the Alvarez-Buylla laboratory at the time of the study. Co-authors are Santiago B. Rompani, PhD, of Harvard University, Jose I. Parraguez, Kirsten Obernier, PhD, and Ricardo Romero of UCSF, and Constance L. Cepko, PhD, of Harvard.

Funding: The study was supported by funds from the National Institutes of Health, the John G. Bowes Research Fund and the Howard Hughes Medical Institute.

Summary
Adult neural stem/progenitor (B1) cells within the walls of the lateral ventricles generate different types of neurons for the olfactory bulb (OB). The location of B1 cells determines the types of OB neurons they generate. Here we show that the majority of mouse B1 cell precursors are produced between embryonic days (E) 13.5 and 15.5 and remain largely quiescent until they become reactivated postnatally. Using a retroviral library carrying over 100,000 genetic tags, we found that B1 cells share a common progenitor with embryonic cells of the cortex, striatum, and septum, but this lineage relationship is lost before E15.5. The regional specification of B1 cells is evident as early as E11.5 and is spatially linked to the production of neurons that populate different areas of the forebrain. This study reveals an early embryonic regional specification of postnatal neural stem cells and the lineage relationship between them and embryonic progenitor cells.