Cells that send visual signals to the brain act collectively to suppress noise and improve accuracy.

Neurons found in the human eye naturally display a form of error correction in the collective visual signals they send to the brain, according to a new study in PLOS Computational Biology.

Previous studies have shown that groups of neurons throughout the nervous system exhibit collective signaling patterns in response to stimuli. These patterns carry different information than can be relayed by any single neuron on its own. However, the details of this collective signaling are poorly understood.

In the new study, Jason Prentice of Princeton University, New Jersey, and colleagues focused on retinal ganglion cells. These neurons, found in the back of the eye, receive information from light-detecting cells and relay it to the brain. Multiple retinal ganglion cells can monitor the same visual region, and the researchers hypothesized that this redundancy could allow for error correction.

To investigate, the researchers used visual stimuli to activate groups of about 150 retinal ganglion cells with overlapping visual regions and recorded their response. They used the data to build a mathematical model of retinal ganglion activity and analyze its patterns and organization. 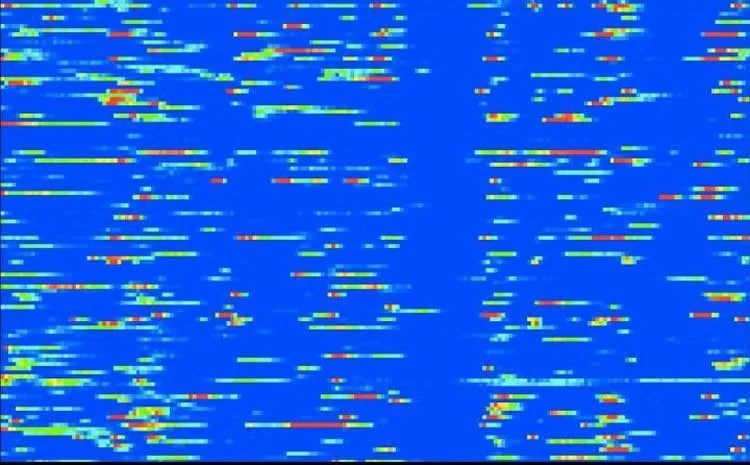 The model revealed that a visual stimulus more reliably activates collective retinal ganglion signals than signals from individual cells. This suggests that collective activity allows for error correction and results in the transmission of more precise visual information, meanwhile suppressing background noise introduced by the irregular activity of individual cells.

The new model is more accurate than previous models developed to investigate this collective neuron signaling behavior. It not only reveals new insights about retinal ganglion activity, but could also be applied to explore neural codes in the rest of the human brain, says study co-author Michael Berry.

ABOUT THIS VISUAL NEUROSCIENCE RESEARCH ARTICLE

Competing Interests: The authors have declared that no competing interests exist.

Across the nervous system, certain population spiking patterns are observed far more frequently than others. A hypothesis about this structure is that these collective activity patterns function as population codewords–collective modes–carrying information distinct from that of any single cell. We investigate this phenomenon in recordings of ∼150 retinal ganglion cells, the retina’s output. We develop a novel statistical model that decomposes the population response into modes; it predicts the distribution of spiking activity in the ganglion cell population with high accuracy. We found that the modes represent localized features of the visual stimulus that are distinct from the features represented by single neurons. Modes form clusters of activity states that are readily discriminated from one another. When we repeated the same visual stimulus, we found that the same mode was robustly elicited. These results suggest that retinal ganglion cells’ collective signaling is endowed with a form of error-correcting code–a principle that may hold in brain areas beyond retina.