Summary: A new study reports people with both rare and common types of autism spectrum disorder share a similar set of epigenetic modifications in the brain.

Individuals with both rare and common types of autism spectrum disorder share a similar set of epigenetic modifications in the brain, according to a study published November 17 in Cell. More than 68% of individuals with different types of autism spectrum disorder show evidence of the same pattern of histone acetylation–a chemical modification of the protein scaffold around which DNA wraps. The findings suggest that a single global epigenetic pattern affecting shared molecular pathways in the brain could underlie diverse manifestations of this psychiatric disease.

“We find epigenetic changes that are present in most patients with autism spectrum disorder, or ASD,” says co-senior study author Shyam Prabhakar of the Genome Institute of Singapore. “This suggests that, despite tremendous heterogeneity in the primary causes of autism, such as DNA mutations and environmental perturbations during development, ASD has molecular features that are commonly shared. It is encouraging that ASD has common molecular changes, because this opens up the possibility of designing drugs to correct these changes.”

Various genetic and environmental factors are known to contribute to ASD. Many studies have focused on structural changes to the genome or DNA sequence variants in protein-coding genes, but these mutations are rare and account for only a small fraction of cases. As a result, scientists have proposed that epigenetic modifications–changes in gene activity that do not affect the DNA sequence–play an important role in ASD. However, many epigenetic studies have focused on a chemical modification of DNA known as methylation, ignoring other important changes that could affect the activity of genes implicated in psychiatric disease.

In the new study, Prabhakar and co-senior study author Daniel Geschwind of the David Geffen School of Medicine at the University of California, Los Angeles, explored the potential role of histone acetylation in ASD. The researchers focused their analysis on an acetylation mark called H3K27ac because it is implicated in gene activation. They performed an epigenome-wide search for H3K27ac in post-mortem brain tissue samples from the prefrontal cortex, temporal cortex, and cerebellar cortex of individuals with ASD, along with control subjects, aged 10 years and above.

The findings showed that more than 68% of ASD cases shared a common histone acetylation pattern at 5,000 gene loci, despite the wide range of genetic and environmental causes of ASD. By analyzing BrainSpan, an atlas of the developing human brain, they found that gene activation at or near 12 months after birth, which corresponds to the stage of synapse formation and neuronal maturation, was particularly strongly associated with increased acetylation in the ASD brain.

“This is the first large-scale study of how histone acetylation in the brain differs between disease and control samples, and part of a wave of new studies examining how the epigenome is perturbed in various diseases,” Geschwind says. “Epigenome profiling has allowed us to see shared, unifying themes in what is often considered to be an amalgam of many different diseases rather than one single disease.”

To achieve this milestone, the researchers had to overcome several hurdles. For one, it has only been in recent years that sequencing technology has become affordable enough for this kind of analysis. They also surmounted major challenges to build a robust experimental and computational pipeline and assemble a team with the right combination of expertise. This study is part of the larger collection of International Human Epigenetics Consortium papers, which demonstrate the value of epigenome profiling and reveal insights into disease origins and mechanisms and also potential treatments. 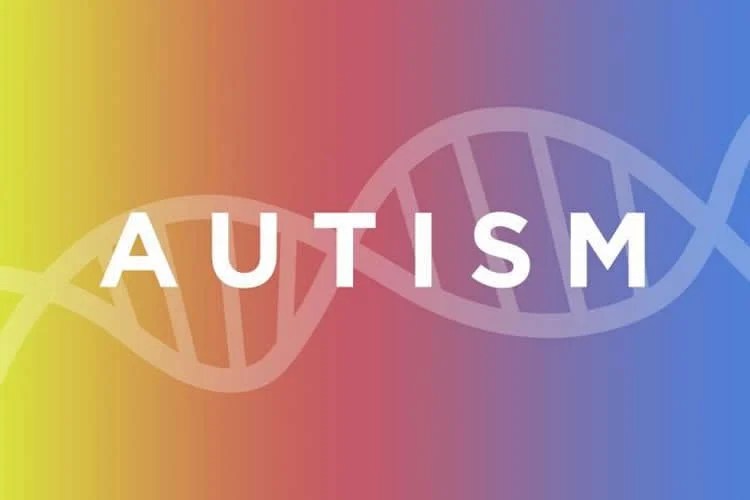 While this tour-de-force study provided an understanding of the molecular changes shared across autism, it stopped short of providing an understanding whether these modifications play a causal role in ASD or are associated with other disease processes and how exactly they contribute to various symptoms. The authors are planning follow-up experiments to test these questions.

Because these epigenomic abnormalities point to specific genes and pathways that are altered in the ASD brain, some of them could turn out to be novel drug targets. Moreover, the study suggests that epigenetic drugs, which are increasingly entering the market as a result of discoveries in the cancer field, could potentially be repurposed for the treatment of ASD. “Currently there are no approved drug treatments specifically for ASD, but we do hope that studies such as ours, as well as the downstream work that is surely needed, will eventually lead to new treatments,” Prabhakar says.

ABOUT THIS AUTISM RESEARCH ARTICLE

Funding: This work was funded by a PsychENCODE Grant and the Agency for Science, Technology and Research (A*STAR), Singapore.