Summary: Some elderly people harbor extensive Alzheimer’s pathology in their brain and have no evidence of the cognitive decline associated with the disease, researchers report.

Well-established research suggests extensive plaques and tangles in the brain result in the death of neurons and are an indicator of Alzheimer’s dementia.

But surprising new Northwestern Medicine research on the brains of individuals 90 years and older who had superior memories until their deaths revealed widespread and dense Alzheimer’s plaques and tangles in some cases, considered full-blown Alzheimer’s pathology.

“This is amazing,” said Northwestern Medicine lead investigator Changiz Geula. “We never expected it. It tells us there are some factors that are protecting their brains and memories against the Alzheimer’s pathology of plaques and tangles. Now we have to find out what those are.”

The Northwestern findings are the first to indicate that full-blown Alzheimer pathology also can exist in brains of elderly who show superior cognitive performance.

Geula presented the results of the study Monday, Nov. 14, at the Society for Neuroscience 2016 Annual Conference in San Diego. He is a research professor at the Cognitive Neurology and Alzheimer’s Disease Center at Northwestern University Feinberg school of Medicine.

Extensive plaques and tangles in the brain result in the death of neurons and are an indicator of Alzheimer’s dementia. The fact that some elderly with the pathology still had superior memory points to mechanisms that protect their neurons and memory.

Discovery of these mechanisms is likely to help the development of therapies against Alzheimer’s disease, Geula said.

“Now we have to search for factors that protect these elderly against memory loss,” Geula said. “We will look at genetic, dietary and environmental influences that could confer protection for neurons against Alzheimer’s pathology.”

If scientists can find a protective environmental factor, it could help the normal elderly and those with the Alzheimer’s pathology, Geula said. 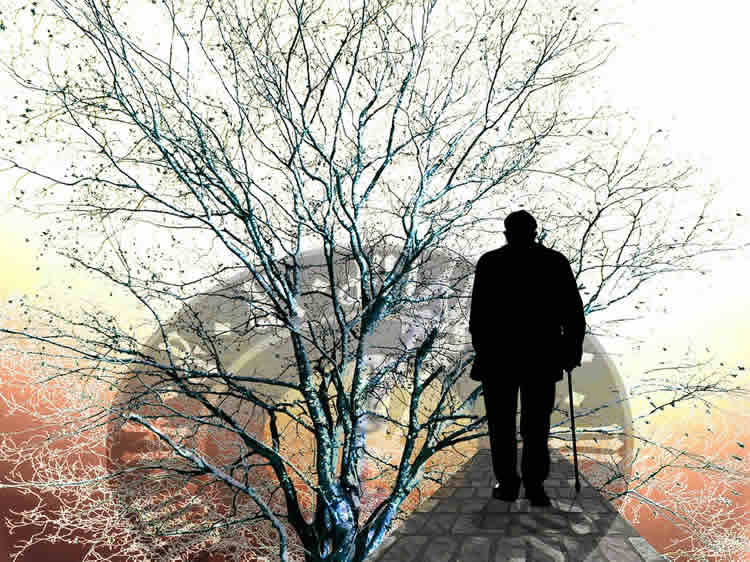 A number of recent studies suggest some elderly individuals harbor extensive Alzheimer pathology in the brain without any evidence of the cognitive decline seen in Alzheimer’s disease.

Northwestern scientists studied the brains of eight individuals older than 90 who were selected for superior performance in memory tests compared to their same-age peers who had a normal memory test performance. Three of those brains qualified pathologically as having Alzheimer’s disease, despite superior memory performance of the individuals when they were alive.

When Geula and colleagues examined nerve cells in the hippocampus, the part of the brain that is responsible for memory formation, they found cells in this area were relatively intact in brains of elderly with full Alzheimer pathology and superior memory performance.

They also examined five brains of Alzheimer’s dementia patients with full Alzheimer’s pathology. Those brains showed significant cell death in the hippocampus. A similar pattern was observed in other areas of the brain that control cognitive function.

“These findings clearly demonstrate the brains of some elderly are immune to the toxic effects of plaques and tangles,” Geula said.

To count the neurons, they examined a series of tissue sections, which were stained to visualize neurons. Then, using a microscope, they counted the number of neurons in sections of the hippocampus and the frontal cortex. When plaques and tangles appear in the frontal cortex, it means Alzheimer’s pathology has spread throughout the brain.

Geula’s lab is now embarking on a large-scale study to determine the factors, including genetic factors, that help protect the brains of some elderly against Alzheimer pathology.

Source: Marla Paul – Northwestern University
Image Source: This NeuroscienceNews.com image is for illustrative purposes only.
Original Research: The study will be presented at Neuroscience 2016 in San Diego between November 12 – 16, 2016.