Summary: Researchers report pregnant mice exposed to stress had alterations in the makeup of bacteria in their guts, as well as in the intestinal tracts of their female offspring.

Prenatal exposure to a mother’s stress contributes to anxiety and cognitive problems that persist into adulthood, a phenomenon that could be explained by lasting – and potentially damaging – changes in the microbiome, according to new research in mice.

When pregnant mice were exposed to stress in the study, it appeared to change the makeup of the bacteria in both their guts and placentas, as well as in the intestinal tracts of their female offspring, researchers at The Ohio State University found. And those microbial changes lasted into adulthood.

On top of that, the mice with stressed mothers struggled in tests aimed at gauging anxiety and cognitive health compared with female offspring of mice that were not stressed during pregnancy. And markers of inflammation increased in the placenta, the fetal brain and the adult brain of the offspring while a supportive protein called brain-derived neurotrophic factor (BDNF) decreased.

“More and more, doctors and researchers are understanding that naturally occurring bacteria are not just a silent presence in our body, but that they contribute to our health,” said Tamar Gur, the lead researcher and assistant professor of psychiatry & behavioral health, neuroscience and obstetrics & gynecology at Ohio State.

“These mice were more anxious, they spent more time in dark, closed spaces and they had a harder time learning cognitive tasks even though they were never stressed after birth.” Gur presented the study on Nov. 14 in San Diego at Neuroscience 2016, the annual meeting of the Society for Neuroscience.

Previous studies have found associations between maternal stress in both animals and people to later mental health and behavioral problems in their offspring. This study could begin to explain what’s at play in that relationship.

“We already understand that prenatal stress can be bad for offspring, but the mystery is how,” said Gur, a psychiatrist who is a member of Ohio State Wexner Medical Center’s Institute for Behavioral Medicine Research.

Gur said microbes from a mother’s gastrointestinal and reproductive tracts are the first to colonize in a developing fetus (and in newborns). That makes the bacteria an interesting potential explanation of why and how stress before an animal or person is born could prompt mental illness that can last a lifetime.

This study is pointing to alterations in the microbes that live in the placenta and outlines changes found in the placentas of fetal mice that had stressed mothers.

Gur and her colleagues found significant microbial changes to the placentas of the female offspring of stressed mice. They also found alterations in inflammation and growth factors in the placenta, pointing to changes in how the microbes were influencing important dynamics before birth.

And in the female offspring of the stressed mice, the researchers found a lower ability to learn and higher anxiety-like behavior compared to the offspring of non-stressed mother mice. Gur said the team found interesting changes in the male offspring as well, but the details of that part of the study are still in the works.

Gur said she wants to know more about the links between the brain and the bacteria that live in the gut, and she and her colleagues have plans to expand their investigation to pregnant women and their babies. Perhaps one day the work will lead to knowledge about how probiotics could help mitigate the effects of stress and the downstream repercussions, but it’s too soon now to say if they would have any impact, she said. 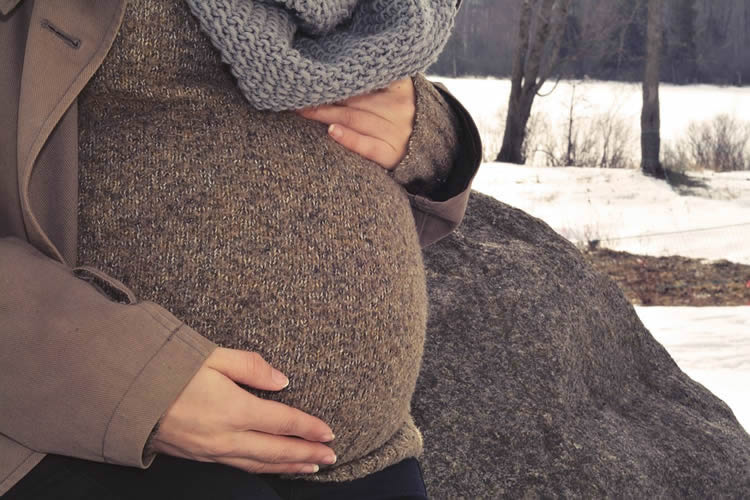 The stressed mother mice underwent two hours per day for seven days of restraint meant to induce stress. For comparison, the researchers left another group of pregnant mice undisturbed during gestation. Gut bacteria were assessed using fecal samples from the mice.

Gur stressed that the message here is not that mothers are to blame should their children suffer mental illness later in life. Rather, she said, this scientific development presents an opportunity to talk more about the importance of mental health in general and during pregnancy.

“As a psychiatrist who treats pregnant women, if you’re stressed, anxious or depressed, I think pregnancy is a prime time for intervention,” Gur said. “And what’s good for mom is good for the baby.”

Funding: The study was supported by the March of Dimes and the Brain & Behavior Research Foundation. Other researchers who worked on the study were Michael T. Bailey, Lena Shay, Sydney Fisher, Adidti Vadodkar and Vanessa Varaljay.

Source: Tamar Gur – Ohio State University
Image Source: This NeuroscienceNews.com image is in the public domain.
Original Research: The study will be presented at Neuroscience 2016 between November 12-16 2016 in San Diego.