Summary: A new study reports young children with autism don’t avoid eye contact on purposes, but do miss the significance of the social information in others’ eyes.

A new study conducted by researchers at Marcus Autism Center, Children’s Healthcare of Atlanta, and Emory University School of Medicine helps put to rest a longstanding controversy and question about children with autism spectrum disorder.

Eye-tracking measures developed by the group demonstrate that young children with autism do not avoid eye contact on purpose; instead, they miss the significance of social information in others’ eyes.

While reduced eye contact is a well-known symptom of autism used in early screeners and diagnostic instruments, why children with autism look less at other people’s eyes has not been known. New research, reported in the American Journal of Psychiatry, helps answer that question.

“This is important because we’re disentangling very different understandings of autism,” said Jennifer Moriuchi, a graduate student at Emory University. “Depending on why you think children with autism are making less eye contact, you might have different approaches to treatment and different ideas about the brain basis of autism. Drug treatments and behavioral interventions are already being developed and tested on the basis of these different explanations. By clarifying which explanation is correct, we can make sure that we’re addressing the correct underlying concern.”

Together with Drs. Ami Klin and Warren Jones, Moriuchi studied how 86 two-year-old children with and without autism paid attention to other people’s eyes. Children with autism watched a series of carefully made videos. “Before each video, we flashed a small picture to capture the child’s attention, and when they looked to where the picture had been, they found that they were either looking directly at another person’s eyes or looking away from the eyes,” said Moriuchi. “When we did this repeatedly, we found that young children with autism continued to look straight at the eyes. Like their peers without autism, they didn’t look away from the eyes or try to avoid the eyes in any way.”

However, when varying levels of socially meaningful eye contact were presented, children with autism looked less at other people’s eyes than their peers without autism. “These results go against the idea that young children with autism actively avoid eye contact,” said Warren Jones. “They’re looking less at the eyes not because of an aversion to making eye contact, but because they don’t appear to understand the social significance of eye contact.” 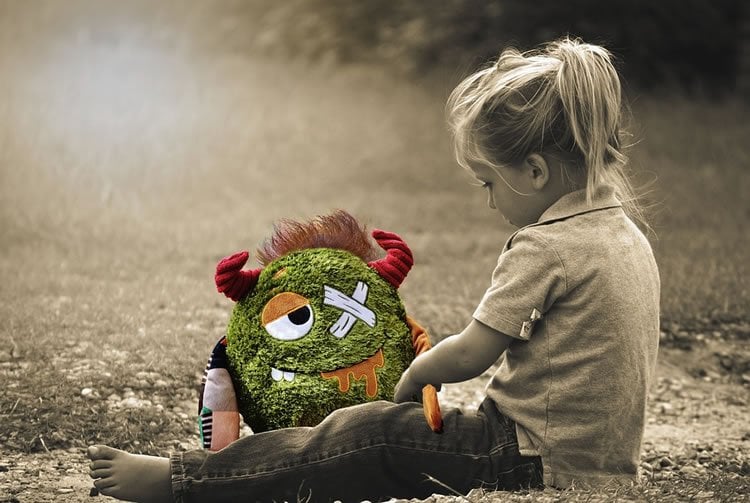 The researchers studied eye gaze responses in young children with autism at the time of their initial diagnosis in order to have clearer evidence about the initial underlying reasons for reduced eye contact. Some adults and older children with autism have reported feeling anxious in response to eye contact. “Our results aren’t meant to contradict these personal experiences,” emphasized Jones. “For children with autism, social signals can be confusing. And as children grow up to be adults, those signals can become even more challenging to understand. This research highlights the opportunity to target the right underlying concerns as early as possible.”

“Studies like this one help advance our understanding of autism and improve the way scientists and clinicians develop new treatments,” said Lisa Gilotty, Chief of the Research Program on Autism Spectrum Disorders at the National Institute of Mental Health, one of the agencies that funded the study. Additional support was given by the Autism Science Foundation, the Marcus Foundation, the Whitehead Foundation, and the Georgia Research Alliance.

ABOUT THIS AUTISM RESEARCH ARTICLE

Mechanisms of Diminished Attention to Eyes in Autism

Objective:
Two hypotheses, gaze aversion and gaze indifference, are commonly cited to explain a diagnostic hallmark of autism: reduced attention to others’ eyes. The two posit different areas of atypical brain function, different pathogenic models of disability, and different possible treatments. Evidence for and against each hypothesis is mixed but has thus far focused on older children and adults. The authors evaluated both mechanistic hypotheses in two sets of experiments at the time of initial diagnosis.

Method:
Eye-tracking data were collected in 86 2-year-olds: 26 with autism, tested at initial diagnosis; 38 matched typically developing children; and 22 matched developmentally delayed children. In two experiments, the authors measured response to direct and implicit cueing to look at the eyes.

Results:
When directly cued to look at the eyes, 2-year-olds with autism did not look away faster than did typically developing children; their latency varied neither categorically nor dimensionally by degree of eye cueing. Moreover, direct cueing had a stronger sustained effect on their amount of eye-looking than on that of typically developing children. When presented with implicit social cues for eye-looking, 2-year-olds with autism neither shifted their gaze away nor more subtly averted their gaze to peripheral locations.

Conclusions:
The results falsify the gaze aversion hypothesis; instead, at the time of initial diagnosis, diminished eye-looking in autism is consistent with passive insensitivity to the social signals in others’ eyes.